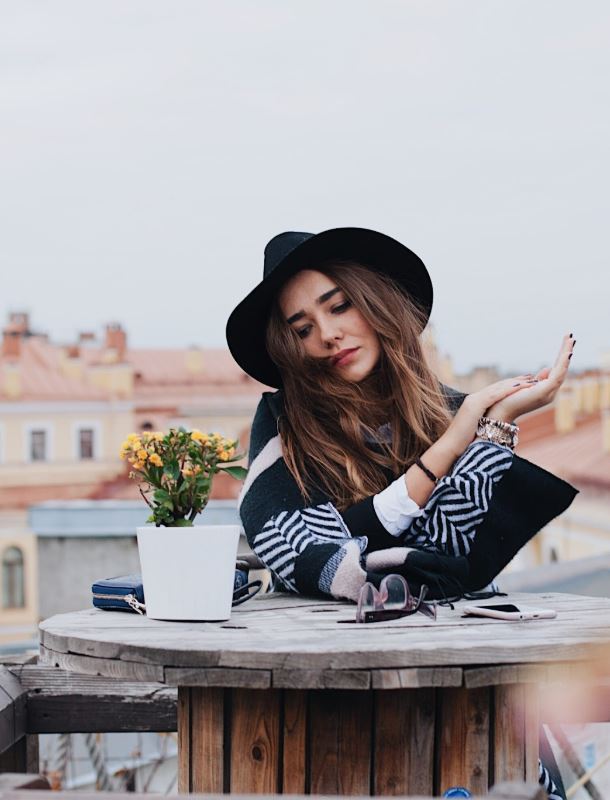 Even though high-end designers dictate trends, and we do live in the globalization era, fashionistas of the major fashion capitals have still managed to stick to their signature styles. There is always a common thread, by all means, high-fashion is still a powerful global force, but as we dissect the most dominant trends, a clear image of both similarities and differences will become more than obvious, but let’s let the photos do the talking, shall we?

Where has all the romance gone? Scouting through the street style section, we have managed to find only three fine examples of what Dior once called “extravagantly, romantically, eyelash-battingly female”. The best example was spotted on the streets of Milan, in the form of a sheer white ruffled polka-dot dress. The second polka dot moment comes from Paris, although in a much more modest and longer version. London decided to say it in an almost Victorian way – with plenty of lace and sheerness, which is both a romantic and a highly daring choice. The women of fashion capitals seem to be more drawn to experimental than simplistic approach to fashion. Everyone wishes to look extravagant and over the top, so we guess we are grateful for the romantic crumbs we can get.

All the faces of athleisure Needless to say, no one in the world pushes the limits of athleisure or transforms it more than Seoul. From the oversized jumpsuits with sporty belts and chunky sneakers, inexplicably colorful puffy ensembles to casualwear, again with the inevitable chunky dad sneakers. Other cities shared their love of athleisure as well. New Yorkers did it with a mixture of sporty and casual wear – looking like they’re on their way to the grocery store, while Milan decided to say it with a long logoed wind jacket. London didn’t care much for athleisure – they were always rebels, so the only vague example was spotted on a girl rocking a simple Burberry sweatshirt and jeans – very down to earth. It would come as no surprise if she was wearing the comfy Birkenstock Gizeh sandals – they would totally make the ensemble complete. Finally, Sydney took the best of everything – from athletic eyewear, to the fanny pack, chunky sneakers and side-pocket pants. Judging by the photos, Sydney took a bit of everything from everyone and made it its own, but more on that as we go.

We knew you were waiting for the animal print to enter the conversation. Well, let’s jump right into it. First of all, London could not care less about the animal print. They are staying true to their plaid and tartan patterns, pairing them with jeans and looking all nonchalant, yet edgy in that familiar London way. The only glimpse of an animal print was seen on literally one fashionista and it was in the form of snake print ankle boots. The animal print was nowhere to be found in Seoul and Sydney, but worry not, Paris, Milan and New York gave us more than we bargained for. New York graced us with a date night worthy elegant and sultry ruffled leopard print dress. Milan said it with a gorgeous leather peplum skirt in the snake print – very elegant, we all want it. Tokyo decided to profess its love with a leopard print coat (on top of a blouse in the same print and platform shoes naturally), and Paris even overdid it with an entire outfit in the same print, plus the trendy white boots. Trying a little too hard, are we? Essentially, everyone except Sydney and Seoul caved, so we might as well too, shall we? Excluding all other capitals for the moment, we want to steal a second and relish the return of the jeans in London and Sydney. Australian girls have always been known to do wonders with denim, but we’re glad to see jeans make their way back into the street style section. Yes, women actually going to see models in the latest lines wearing simple jeans. Alexa Chung did it, along with at least two dozen more fashionistas in London. As for Sydney, they kept it light and breezy with pale wash jeans and simple white shirts. Casual, breezy, just like the Aussies themselves.

A splash of color Finally, we’ve reached our final destination – who mixed the most prints and who splashed a whole lot of color. Unsurprisingly, the city of maximalism – Milan – did it most, whether in the form of color-blocking or Versace-inspired prints.  Japan did it in its own way, which is a tad darker – with the mixture of patchwork red and black elements. However, next to Milan, we never thought we would say this but when it comes to splashes of color, Sydney takes the crown. All it takes is a look at this suit which is so busy we can’t even, and you’ll see that Milan has nothing on Aussies.

In conclusion, we have to mention one particular phenomenon that no fashion capital has remained indifferent to – the logomania. Some professed their love with the latest Dior, Celine and Gucci bags, others decided to show their dedication with complete outfits overflowing with the logo, but it’s safe to say that if there is one thing globalization of fashion has brought back, it’s certainly logomania.