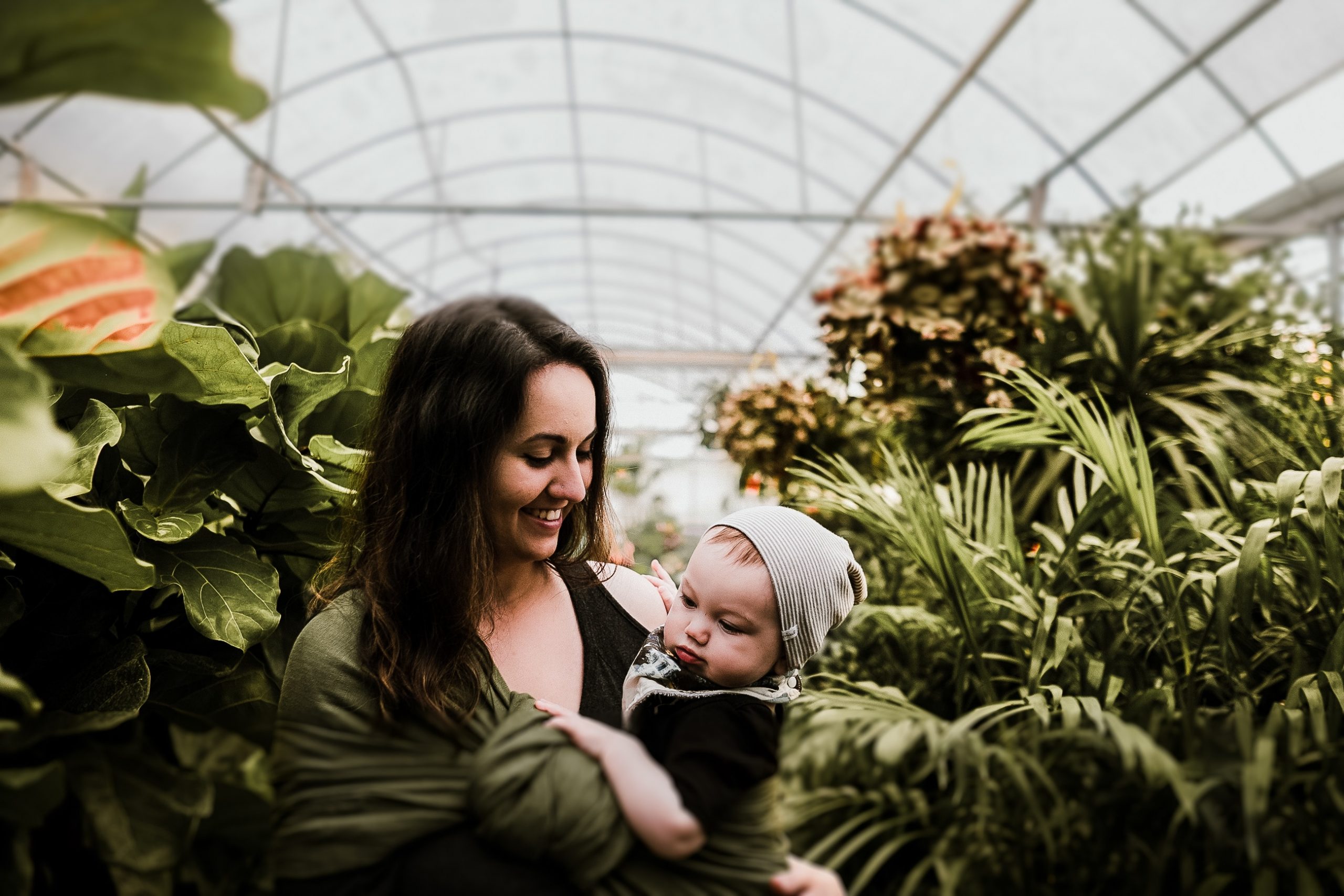 A study conducted in 1986 found that babies that are held cry 43 percent less than babies that are not. This finding prompted mothers to ditch the stroller and buy baby slings to keep their little ones close to their hearts. However, in the past couple of years, this trend has gone from a necessity to a fashion statement. Fashion designers are designing baby slings with all different colors and fun patterns that allow mothers to comfort their baby while expressing themselves in the process. If you’re a mother looking to hit the streets in high fashion, check out some of these amazing international sling designers that are redefining what it means to be a mom and all the befits of babywearing.

When Anne Freeman became a mom in 2015, her friend introduced her to the world of babywearing. She said that it was such a revelation to be able to carry her son and keep her hands free for other errands. However, the one thing she found was that the baby slings were extremely ugly. So, she started to make her own. According to her, “I used a vintage fabric and thought my life was complete… I’ve got this fashionable looking wrap and I can go about my day as normal”. However, her life was anything from normal. As soon as she stepped outside, she was bombarded with compliments and people told her that she should sell her creation. So, that’s exactly what Freeman did. She established Babein as a fashionable line of slings for new moms. Her wraps are all 100 percent made in Australia and are entirely made from certified organic cotton and spandex to provide babies with the softest and purest fabric in the world. It’s healthy for the customer as well as the environment.

Hong Kong was once lit with brightly colored baby carriers slung onto the backs of mothers on the street. However, the style is coming back in full force this season. Unlike slings from other countries, Chinese baby carriers tend to be worn on the back of the mother rather than the front. This is based on the tradition, where new babies were carried by their older sisters than their mothers. As younger individuals, many older sisters were only strong enough to carry their baby sisters on their backs as opposed to their fronts. Nowadays, Hong Kong fashion is reverting back to its traditions and roots. Modern-day slings are using the sturdy, bright red cotton that was originally used in Chinese history. These slings are also designed with traditional Chinese symbols such as the Mandarin ducks, lotus flowers, and pomegranates as well as the characters for luck, fortune, and virtue. This allows the mothers to embrace their child with good fortunes as well as history and tradition. The baby not only sits in high fashion but is also close to his or her roots and heritage.

Europe tends to be at the forefront of fashion and it’s no different for baby slings. LOVA Sling was created by Alice Chau-Ginguene, a Postpartum doula and Baby-Wearing Consultant. She actually grew up in Hong Kong and was used to seeing babies being carried all around her. However, when she moved to Europe, she realized that baby carrying wasn’t very common there. So, she reached out to her best friend Helen Karolin and decided to use her motherly skills to good use. As a post-partum doula, Chau-Ginguene knew that dressing well in the morning gives mothers a morale boost and increases their overall happiness during the highly common postpartum depression and baby blues associated with childbirth. Therefore, she decided to make her baby slings fashionable, comfortable, and fun. With their geometric patterns, bright colors, and soft fabric, LOVA slings are a practical fashion statement that can help mothers through difficult times.

Mothers all over the world are taking to the streets and showing off their fashion. By expressing themselves while carrying their babies, they’re not only becoming more fashionable, but are also boosting their confidence, morale, and overall happiness.