No, not Christmas or Hanukkah. It’s almost time for Thakoon to release its line in Target! I normally wouldn’t be too excited about anything going on at Target, but it’s slowly becoming a mix between Walmart and Topshop with all these designer series they’ve had ( they may be even better than Topshop, but certainly no Barney’s). The prices on these normally expensive pieces will be between $16.99 – $44.99, for as long as they don’t sell out. With the amount of publicity the release has had, in magazines like Nylon and hundreds of online publications, I’ll be buying from the website as soon as possible. The line is’nt exactly up to par with the northern mid winter weather, but we still wear clothes under our coats right? Besides, only half of Europe, the US and Asia even have sufferably cold winters so what about the lucky warm fashoinistas? They can wear all this Thakoon without covering it up! (jealous).

The line is due to release December 25th.

Here’s a sneak peek at whats to come:

Thai-born, Omaha-raised Panichgul grew up with a love for photography and a natural eye for style. After graduating from Boston University with a business degree, Panichgul moved to New York, working as a merchandiser for J. Crew and fashion writer for Harper’s Bazaar. Eventually, Panichgul realized he had a designer’s point of view and decided to pursue formal studies at Parsons School of Design. In September 2004, Panichgul launched his namesake ready-to-wear collection to rave reviews, quickly gaining the title of New York’s most promising talent. Since then, Panichgul earned a prestigious CFDA Vogue Fashion Fund nomination in 2006 and became a member of the CFDA in August 2008. Most recently, Panichgul signed on to design ready-to-wear for the internationally recognized fashion house Hogan, with his first collection for the brand launching this fall. Thakoon’s eponymous collection is sold at Barneys New York and Jeffrey, as well as other top boutiques around the world. (like mine!)

Sometime we just need motivation to find our true callings.

(16685)
$10.40 (as of 05/16/2022 02:27 GMT -06:00 - More infoProduct prices and availability are accurate as of the date/time indicated and are subject to change. Any price and availability information displayed on [relevant Amazon Site(s), as applicable] at the time of purchase will apply to the purchase of this product.) 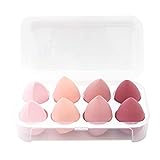