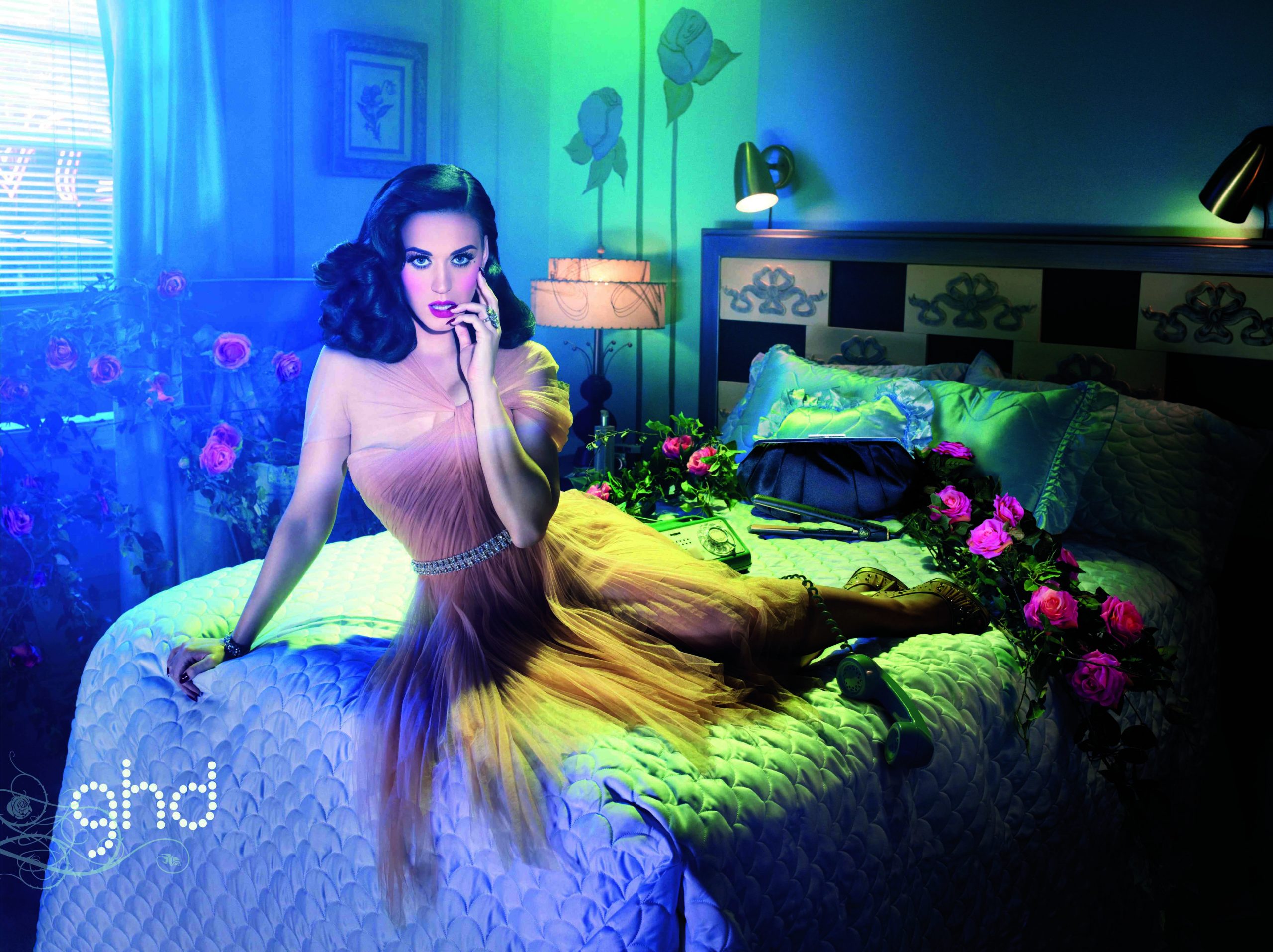 Katy Perry is the new celeb representative for GHD Hair, a UK company with a world renowned reputation and celebrity draw.  Aside from the shameless promotion of a company I’ve never heard of, I was drawn to the marriage of Perry and GHD because of the photos. As celebrities go, I have to say I actually like Katy Perry’s style quite a bit and like her TV appearances I catch from time to time, the new photos for GHD Hair really caught my eye. I was especially exceited when I heard that the photos were shot by David LaChapelle . I first saw LaChapelle’s work at MOMA when I lived in Argentina several years ago, and appreciated the amount of work that goes into them, the concepts and messages. The photos at the museum were as tall as a house and full of strange and interesting concepts (check out his site).  So here they are; I wanted to share them. Even though they are old news to some, they are beautiful photos, and though they may not be street fashion photos, they have elements that I appreciate greatly thanks to LaChapelle. Enjoy! Katy Perry is pretty much set for California Dreams Tour from now until November this year, covering much of the US, Europe, Australia, New Zealand and Japan. So there’s a good chance you could catch her no matter where you are in any of those places.

One thought on “Katy Perry Photos for GHD by David LaChapelle”