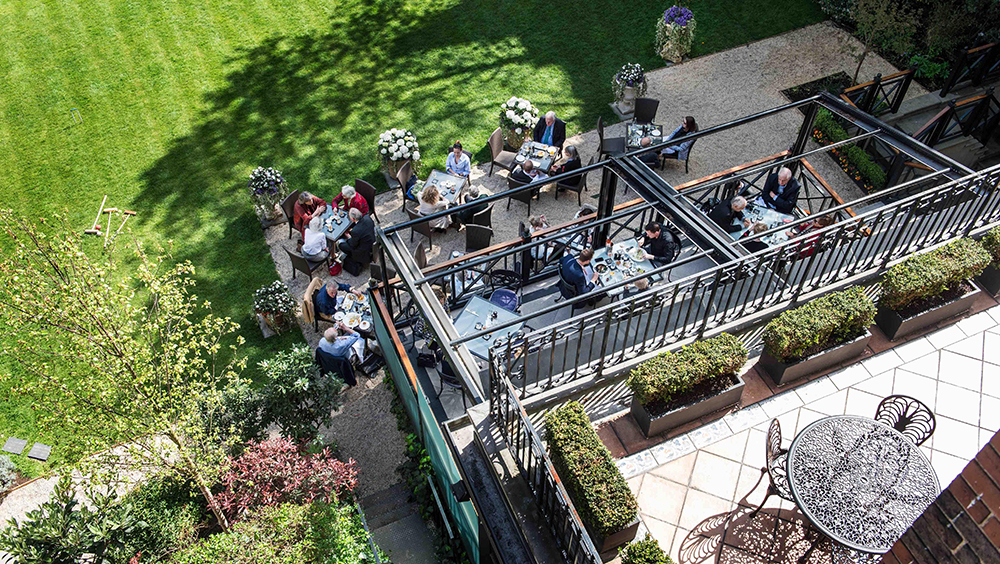 London is probably my favorite English speaking city on the planet. I love taking the train from the east in Kent, then taking the tube from the beautiful Victoria Station to Kensington, Soho, Recent Street, Carnaby Street, The British Museum, Camden and Whitechapel, you name it I want to see it. I love to check out the sites, learn about the city’s amazing history, and of course visit the world famous restaurants and clothing stores.

I only recently started drinking tea on a regular basis. Mainly the delicious bergamot laden Earl Grey. Like every other northwesterner, I started drinking fresh roasted coffee from landmark places like Stump Town and Starbucks at a young age. I never considered that tea was for me; it was a grandmother’s drink as far as I was concerned. However coffee was never really agreeable with me and I was only torturing myself for a flavor I only vaguely liked and covered up with stevia sweetener and almond milk to tolerate. It was only the caffeine I was after. So naturally, I’m a fan of the highest caffeinated teas – anything black tea or green tea, occasionally yerba mate, and I’m having fun learning about not only the history of tea, now that I’m more open to the idea, and how many interesting types there are, the culture of tea drinking and the fun in just sitting around having a cuppa with a friend.

I discovered the book London’s Afternoon Teas: A guide to the Most Exquisite Tea Venues in London and started to plan my next little trip to London from where we stay in Kent. The fact that these places are “exquisite” is very intimidating to me, but it gives me a reason to dress up and try to look civilized for a bit, tossing my casual street clothes aside for those dresses I hoard.

From the beautifully laid out pages of the book I chose a few tea venues to visit in a logical line, eventually leading to my favorite lunch place on the whole planet, Mildred’s in Soho. A stone’e throw from Buckingham Palace, and the closest stop to Victoria Station, you can sit on the lawn of this private home and historic gem and sip any of their very own blends. One, the Mason Royal Blend, was first created for King Edward the VII in 1903. Enjoy both sweet and savory tidbits from a posh tray – from mini sandwiches to tiny puddings and every morsel in between that pairs with delicious tea. Right off of Piccadilly Circus, this opulent place is where Oscar Wilde and Lord Alfred Bosie Douglas and where many from the aesthetic art movement of the 19th century hung about. Not to mention, in the 20th century, this popularity contributed to Mick Jagger, The Beetles and Elizabeth Tailor to enjoy the place as well. It’s a must see! Enjoy a variety of teas, wonder at what the walls have seen, and snack on veg pastries til you gain the energy to move on to the next locale. A converted pair of Georgian homes from the 1730s make this place a sight to see in itself but it to has a history among the hip and high society of the early 20th century. It was the epitome of decadence and glamour on the rooftop Gargoyle Club where people like Fred Astaire, Noel Coward, Francis Bacon and many other famous people of the time made appearances. Due to this history, the Dean Street Townhouse is still considered a cool hotel, beloved by Soho socialites, film buffs and tourists alike. Try their Champagne tea and walk around Soho to your heart’s content! Winding down from Fancy places, to hip places, this place is more laid back, with fun decor, bright colors, and modern art. If you’re seated in the Drawing Room you may be lucky enough to get a spot on the comfortable sofas and sip your tea while resting your weary feet and body after the long walk – from the Dean Street Townhouse about a block away. Or, if you feel like really relaxing, catch a film in their Film Club – state of the art screening rooms before moving on to one of their teas or cocktails. I’m a huge film buff so this is definitely the option for me. It will also give my stomach time to recover from all the tea accompanied snacks I’ve consumed by then – because I won’t be leaving a single crumb on the plate at the next destination. We’ve been to vegan restaurants all over the US, from New York to Memphis to Portland, a couple in Spain and several in London, but Mildred’s is by far my favorite. And it’s funny, because my favorite kind of vegan meal is southern style comfort food, and who knew I would find the best ‘chick’n fried steak, greens and maple coleslaw’ at a tiny place in London. I’m a fast eater and Mildred’s meal made me eat as slowly as I could to savor every bite. It’s extremely popular and opens at noon so, I recommend either making a reservation or showing up to get in line at least 20 minutes before they open. However the tea places are for ‘afternoon’ tea, so I’d go with a reservation or flip this list and visit the tea places after, to let settle the most delicious food you may ever have.

Any excuse to go to London is acceptable in my opinion, even if its just to fill up on tea, biscuits and food! If you’d like a map of this tour yourself – check out my Tea Tour London list on Google Maps!