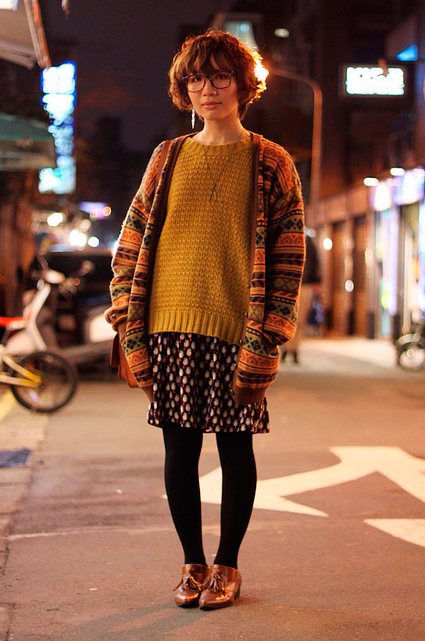 Luna was walking with a friend by the streets of the Shida night market in Taipei when I met her. She was wearing a long printed cardigan, a mustard sweater, a dark blue skirt with white print, black tights, and brown shoes. Luna’s complements were a necklace, and a brown leather bag that she bought in Internet and that you can see better at the second photo. She was wearing a white and pink printed top, plaid blue skirt and white sandals. Her complements were a headband, earrings, a necklace, a white handbag and some bracelets and rings. As you can see, her nails were beautiful! 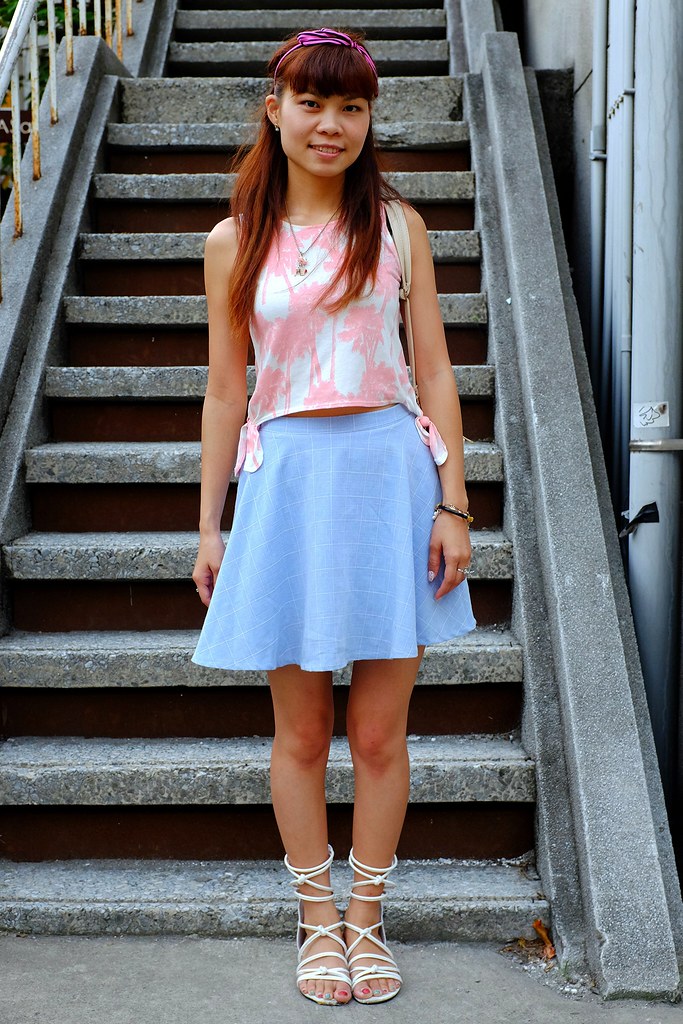 Jessie was with some friends (her friend Anna also starred a post here) at Huashan Creative Park when I met her.

She was wearing black overall dress over a printed T-shirt, and black boots. Her complements were a printed black bucket hat, a grey watch and a bracelet made of skulls. 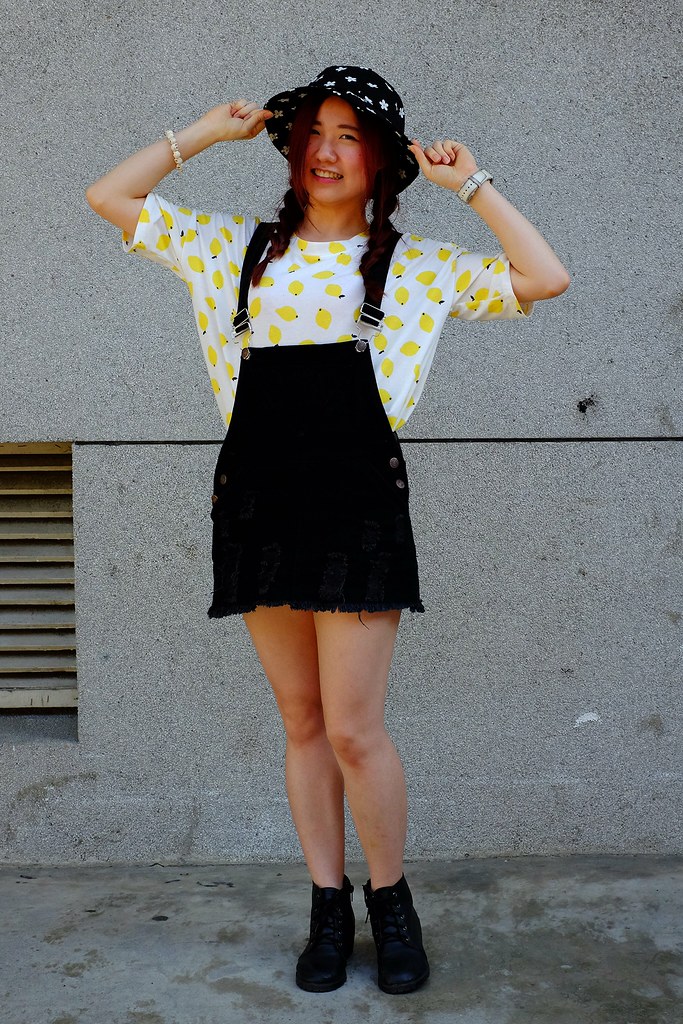