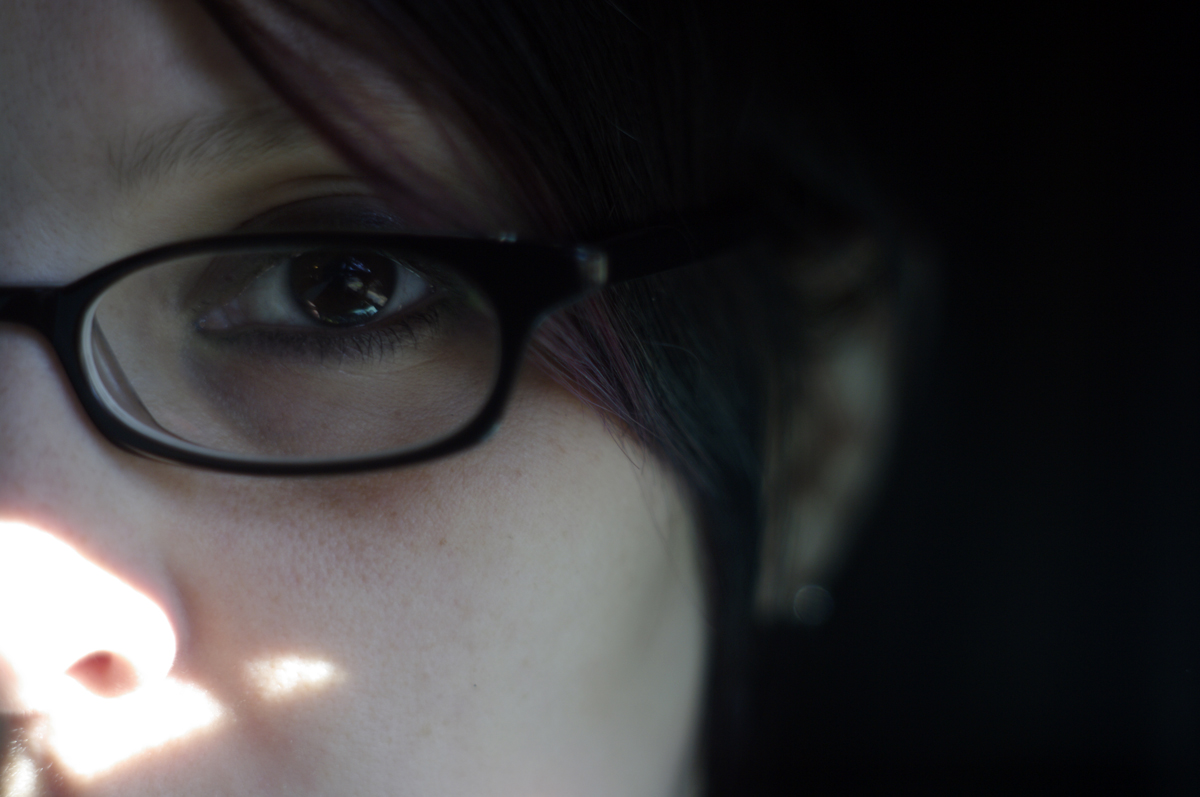 So several months ago I got some new eyeglasses. Since I’ve been traveling and there was a mix up at our mail service, I didn’t actually get them until a month ago when we were staying in Austin. I’ve been a committed contact lens wearer for years. I hadn’t even bothered to replace my glasses from 10 years ago until they finally broke. I still wore them around the house for a while – with a huge piece of black duct tape driving me nuts in the corner of my eye, but I couldn’t wear them outside on days where my eyes basically would reject my contacts. Not to mention that they were also the wrong prescription by that time…. for many reasons, it was time for new glasses.

My first problem was the style. I knew I wanted something hip, but not hipster, geeky but not bottle -cap geeky and cute but not too girly. Luckily after much searching, I found a website that had a really big selection of cool, modern frames GlassesUSA. Also a company that I wasn’t embarrassed to get prescription glasses from. They recycle frames – donating them to organizations around the US who sanitize and redistribute the glasses to people who cannot afford them (with the proper prescription of course). I wish me and my siblings knew about organizations like that growing up. We all had the ugliest wire frame glasses, or in my brothers case – bottle cap thick glasses that practically ruined his life. It was hard being my brother.

My next problem – not being able to try them on in person. That was just something I had to get over, especially while on the road. Style was most important and that was easy enough to sift through; I was however confused about how big the frames would be on my face – one of my only suggestions for this store – some measurements maybe?   The style I ended up getting was the Hilarie in black, my old pair was red and I considered red this time too but black just naturally goes with everything. I was really happy when they arrived and weren’t enormous or tiny but exactly the right size – I think my imagination gets the best of me sometimes.

I could have wrote about the glasses right away but that wouldn’t have been an honest review. Like I said, I’m an avid contact lens wearer and have historically hated wearing glasses but can admit that it’s really nice to at least have some for reading before bed, hanging around the house or emergencies like contact lens rejection. Just happens that I haven’t really worn the glasses for a full day until this last week when my contacts started annoying me and being blurry for two days straight. For the first day I was really annoyed that I had no peripheral vision anymore – just a side effect of any glasses that don’t wrap around your head like Jordie’s in Star Trek. These eyeglass frames are particularly flat and small due to their retro style and I was afraid I wasn’t going to get used to not seeing everything I could see with contacts. After the first day, it became easier and I could see allot more clearly. By the second day, my eyes were ecstatic about the break I was giving them and I haven’t put contacts back in since.

What I always hated about glasses was the way they make me look but I’ve also never had that great of frames either. Now when I by chance see myself in a mirror, I’m pretty satisfied I don’t look like a complete idiot but maybe even better than without glasses.

I’d have to say that a store with lots of modern options is the best way to buy frames online, also one that’s professional looking (doesn’t look like a fly by night pharmacy website) – and even better, one that does something like donate frames to organizations that are making lives more livable for people like my siblings and I who suffered through innumerable horrible state approved frames (ones covered by medicaid). Since my new glasses, I’ve decided glasses are officially hot.

Here’s some people from the group who agree.

by nicolecolecole in Taken in Kowloon, Kowloon