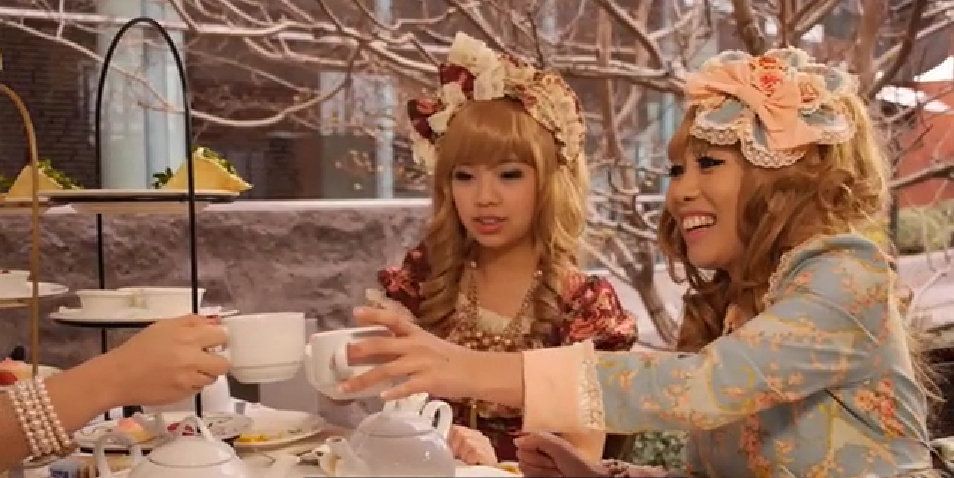 A new show called “I’m Asian American and…” on Myx .TV is taking on a topic I know you’ll love! Originating from Japanese street fashion, the Lolitas adopt “ye olde time” Victorian fashion and elements from Japanese anime to create a unique style reminiscent of expensive porcelain dolls. Fully decked out in fake eyelashes, contacts, wigs, extensions, and/or dyed hair, they got it all, and have no shame in wearing it everywhere – making it more of a lifestyle than a trend by far. It’s hard to say what the exact point is, it’s different for every Lolita out there, but overall, they are aiming to look like Living Dolls and immerse themselves in a beautiful fantasy world that you can either take part in, or watch from afar but little in between.

Behind all of the bows and ruffles, Lolitas are still adult women and things can get as complicated as anyone else’s life, perhaps with a little extra competition and rule stringency Lolita life can be more dramatic than most!  In the newest episode of “I’m an Asian American and…”, the show will profile Cyril Lumboy, a world famous Filipina Lolita whose clothing line Dolldelight caters to the Lolita style. We’ll also get to meet her coterie of friends and models and see what goes down in a real Lolita day.

What drama will the girls stir up when they all gather for a fancy tea party at an old Victorian Mansion? Are these ladies perpetuating an unfortunate stereotype of “cute” asian women? or somehow empowering themselves by taking it to an extreme?

DEFINITELY check out the episode, airing MAY 7th (Tomorrow!) at 8/7 central and May 8th All day on  Myx.TV!