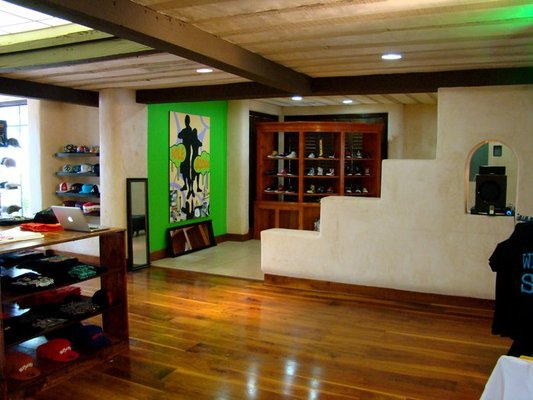 Street Fashion.net has been on the road since October and not really doing much blogging on the way. We did intend to hang out in cities and make some decent sized lists of shops in each that we love but instead we have been far from cities and even towns about 80% of the trip. This is because the US is really huge and cities are far from each other. As far as cities, we have only stayed in Tucson, Arizona and now San Antonio, Texas. Everything else has been small towns with nearly nothing in them and state parks with even less (of course).

Naturally I’ve been itching to get some city pages made and I’m pretty glad we’re finally hitting the more populated eastern US. San Antonio has been really cold and not really bicycle friendly. While traveling in our RV we don’t have a second car either so going out is a city bus or huge ordeal kind of thing. Luckily we did get to go out a few times in the 2 weeks in San Antonio, mostly to eat of course and found a couple shops and restaurants worth mentioning in a blog!

We’re vegetarian/vegan and Texas has so far proven itself not so friendly towards our kind. We hear there are better pastures in Austin so we’re looking forward to that for sure. Before San Antonio, we hadn’t eaten at a “vegetarian restaurant since Portland last October. There are tons of places on the road to get a garden burger but they get really boring after a while.First thing we did in San Antonio was look up some popular vegetarian restaurants and found 2 that really interested us. They were about 6 miles from our RV park but worth the trouble and drive. This is where we started to really see San Antonios street fashion. We first went to Green, and had a pretty amazing meal of a buffalo “chicken” sandwich and a “sausage” peanutbutter $ habanero jelly sandwich, followed by an amazingly rich java cupcake!

The waitress was the first person I noticed, in fact most of the staff was pretty well alternative with tattoos, piercings, fake dreads etc – some of the first people at all interested in cool clothing since we stayed in Santa Ana, CA.

The second place was The Cove, a vegetarian friendly bar with pretty amazing food and regular live music. The scene was pretty quiet on a Friday night but they definitely had a crowd of hip young kids. Several of them were on the hot-nerd side of hip which I thought was pretty cool.

My chosen store for this city, since I didn’t get out as much with the temperatures getting down into the 20s at night, is Sole Boutique. It’s a great shop for finding shoes as you can imagine but especially brightly colored and hard to fine adidas, new balance, puma and more. The store also features street style art, clothing and accessories and is probably the best representative of street culture in San Antonio that I saw in my time there. Catering to skateboarders & bikers as well as the tragically hip(hop) in general. I’ll be adding a San Antonio page to the city list soon after a little more research on their vintage scene.
Anyone have any favorite San Antonio shops?