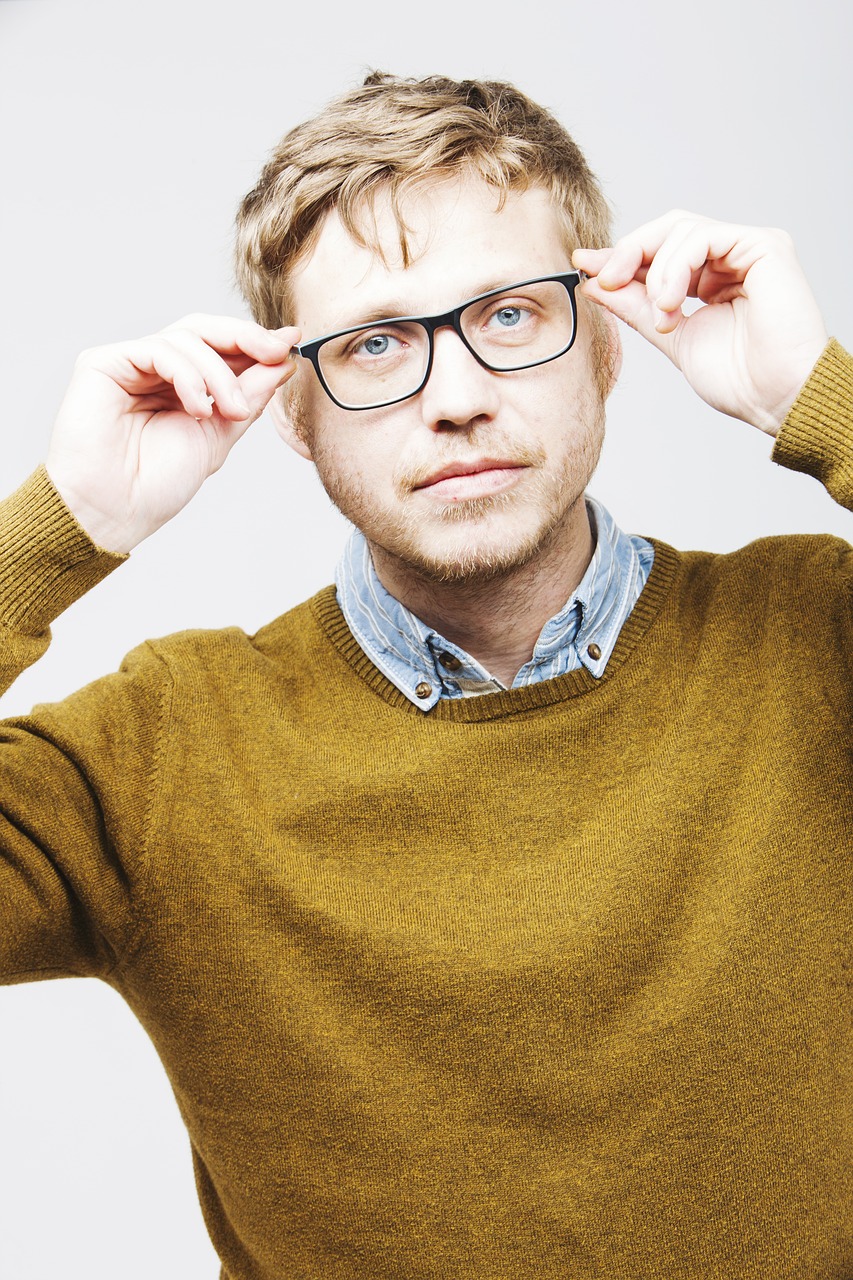 If you’re one of those few people that think geeky has never been cool, then you only need to look around and see the popularity of Sherlock, Doctor Who, The Big Bang Theory, etc.  Geek is in, and it has been for a while, although a lot of fashionistas may think that geek is not cool in any way, shape, or form. But in actual fact, lots of high fashion magazines are littered with styles inspired by the geeky refrain. So here is your one-stop shop to looking top while masquerading as a flop. The first port of call if you’re trying to add that sensitive angle to your face is to get some nice horn-rimmed glasses. You may think that it’s effective to go for oversized ones but be careful with picking the wrong type of glasses that doesn’t suit your face. You could be making a massive faux pas.

If you’re trying to pull off the geeky look but have no idea where to begin, getting a T-shirt that shows off your geek credentials will help you in good stead. You can get plenty of geek shirts from places like Luc Bauer where you can profess your love for Captain America, Doctor Strange, or the Green Lantern. Although if you plan on hitting a Sci-Fi convention in the near future and have a t-shirt with Tom Baker’s Doctor on it, then you’d better know who he is!

Yes, sorry gents! Any geek worth their salt won’t be caught dead in a beard, especially the lumberjack-type ones, your grooming is vital at this point. Can you think of any superheroes that wear a beard? No! Only the villains and Hagrid… You may want to try the Ryan Gosling close stubble to go with the glasses but that only works if you have the jawline. And while we’re on the topic of hair, don’t have it messy and greasy! A nice neat style will work very well, such as a crew up hairstyle which has a little bit of volume on the top will go well with the horn-rimmed glasses. A lot of people who shy away from cardigans because it looks more the style of an octogenarian, but a cardigan can be chic and sexy if you combine it with jeans in the winter to look smart casual. Or you can have a cardigan under a fitted jacket to add that studious, yet mature, look.

It’s a very difficult one to pull off, so beware going the full geek with a check shirt and suspenders, because it may not do you any favors. Matt Smith pulled it off, but he was covered in tweed, so this is the best route to go down. Tweed works very well to communicate a studious look, but make sure it is a fitted jacket and not one that hangs off.

The geek look doesn’t have to be the full Revenge Of The Nerds get up, but if you’re going for the trendy geeky look, it’s very in right now. Just don’t wear any braces on your teeth