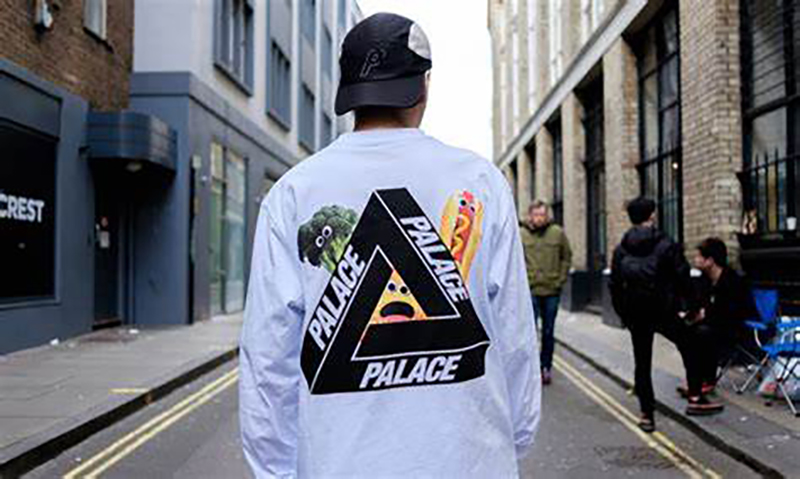 Streetwear is a style that many people love, from the United States to Japan. It is a style that has become more premium, collaborating with several luxury brands in the 20th century. More and more streetwear brands seem to be emerging, adding their style to streetwear. Here are some of the brands you should be looking out for and buying this year to keep up with the trends!

A brand that is relatively new to the streetwear scene is Palace. Founded in 2009, Palace was a fashion brand for the skater scene. Furthermore, it quickly became one of the most popular brands that you see amongst football hooligans. It is one of the most common fashion brands that a man could wear in the 21st century, especially in the United Kingdom.

Palace has a marketing method where they limit the number of clothes that they release, causing a hype around the item. Not to mention, that it also allows them to inflate the prices because they are limited. Thousands of men like this brand for its quality and unique style. If you want to wear unique, quality garments, Palace is the brand for you.

In our opinion, there is no doubt that Japan created the style of modern streetwear fashion that we recognise today. They produce some of the most popular streetwear style clothing out there and it is loved and worn around the world. They have collaborated with many major brands such as Adidas, Converse and Dr Martens.

One of the most pioneering streetwear brands from Japan is Neighbourhood, which is commonly seen on streets all over the world. It is expected that a lot more luxury brands will be collaborating with Neighbourhood over the next five to ten years.

After the passing of Virgil Abloh, the demand for this streetwear brand got even bigger. It is unsure who will step into the role of Virgil Abloh, although there have been rumours that Kanye West is set to take over. Edvin Thompson of Theophilio is another name that is circulating the brand.

Founded in 2013, Off-White burst onto the scene very quickly due to Virgil Abloh. He collaborated with Kanye West several times and was the first black creative director at Louis Vuitton. There is no doubt that if Off-White falls into the right hands, it will continue to be a massive brand for years to come.

Patta is a brand founded by dutch hip-hop artists, Edson Sabajo and Guillaume Schmidt. The pair developed an obsession with sneakers which then inspired them to start their brand. Now, they are one of the biggest fashion labels to come out of the Netherlands.

Originally, the brand started as a multi-brand boutique, but due to popular demand, they soon adapted to the streetwear style. Due to their popularity, the workwear brand, Carhartt, collaborated with them. Another brand that collaborated was sports brand Nike. There is no doubt that they will do big things, especially as they are making streetwear more affordable.

Another popular Japanese streetwear brand is BAPE, which is now a brand that has been spotted around the world. It started with a DJ and Fashion designer called Nigo, and he built a reputation very quickly with his premium streetwear brand in Japan.

Although it was founded in 1993, it didn’t become popular until the late 2010s in the Western world. It is believed that Bathing Ape was the brand that started the unique marketing model that Supreme follows today. Nigo was a massive fan of the 1968 film, Planet of the Apes, which is what inspired him to start his streetwear brand.

There are many streetwear brands out there to wear. Many fast fashion brands are also following the style of streetwear, simply because it is such a popular trend. Mens streetwear is very common in the United Kingdom as well as in the United States, with graphic and printed garments really taking hold in streetwear.

Streetwear is likely to dominate the first half of the 21st century, if not much further along, so investing in good quality streetwear for your wardrobe is a must!