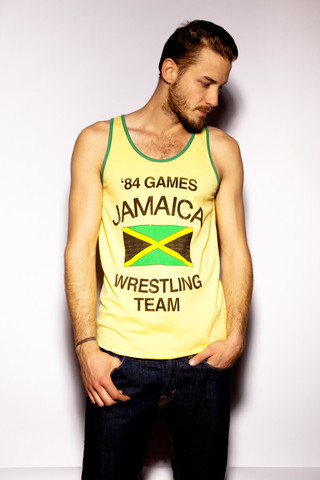 I love to travel and I used to feel guilty if I wore a tee with a flag or place on it I hadn’t been yet, but I decided a little while ago – maybe after visiting New York, or seeing the great travel tee inventions of Gelada, that it didn’t matter. Even if I would never go to that place, I could still show my appreciation for it.

I found a few designers who are really all about appreciating places, and just in time for the Olympics. Whether you wear a flag for their athletes or the place itself, it doesn’t really matter – but with the Olympics starting today, it couldn’t hurt to do it for both reasons if you’re into it.

If nothing else, the Olympics are historic and bring a lot of tourism and much needed money to cities around the world, London might not be one of the cities that needed it as badly as say, South Africa or Thailand, but there’s always next Olympics right.

First company is for the guys, or women who look great in men’s tank tops.

Altru Apparel was born from a single thrift-store silkscreen year ago. Now a successful company with tee’s on the streets of cities all over the world, they are a true indie Cinderella story. Their designs are minimalist but with some important identity driven themes. This particular one, being nationality or just fandom, of places around the world. I’m partial to the Jamacian and Australian tanks myself.

Next is American Apparel, and I’m aware I just did a blog about their Thermochromatic tops, but I like the simplicity of these flag tees as well. No vintage styling, just to the point flag images. Might be up your alley a bit more, plus they come in men’s and women’s styles. Their World Games tees are a great wear to that local bar showing the Olympics on every screen in the place. Choose from one of the 17 countries represented on Speck’s iPhone 4/4S Flag Cases ($40) to show the world who you’re rooting for. A few of my favorite Olympic based tees and accessories out right now are actually humorous ones. Hacknay-based Tobatron, the alter-ego of illustrator Toby Leigh, has created a series of sarcastic Olympic souvenirs for those who are cynical about the games. No matter what the reason for sporting flags this Olympic year, make it your own!

(2886)
$12.99 (as of 06/24/2022 07:06 GMT -06:00 - More infoProduct prices and availability are accurate as of the date/time indicated and are subject to change. Any price and availability information displayed on [relevant Amazon Site(s), as applicable] at the time of purchase will apply to the purchase of this product.) 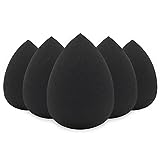 (103)
$24.95 (as of 06/24/2022 07:06 GMT -06:00 - More infoProduct prices and availability are accurate as of the date/time indicated and are subject to change. Any price and availability information displayed on [relevant Amazon Site(s), as applicable] at the time of purchase will apply to the purchase of this product.)